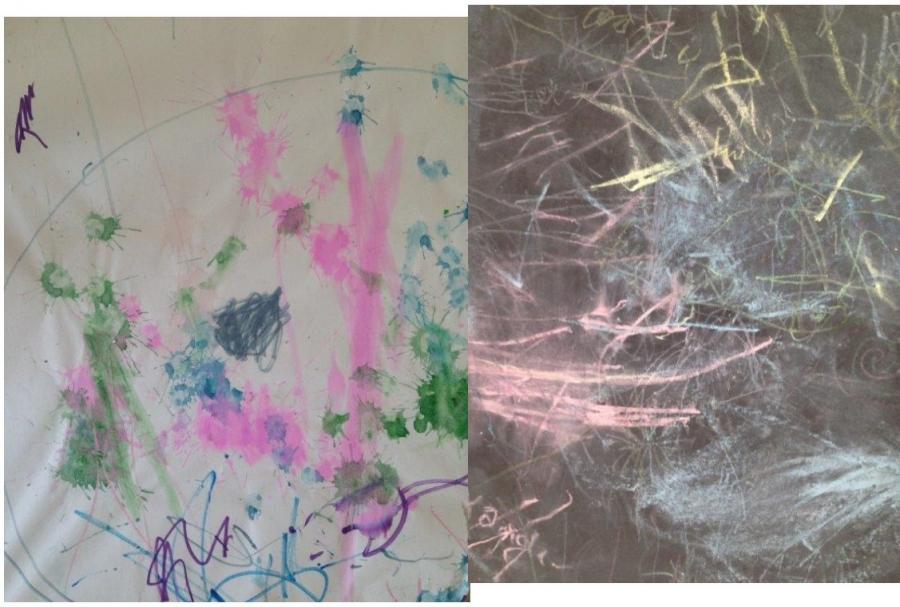 We enjoyed a great session making marks: we taped black and white paper to the floor and let the children explore coloured chalks on black paper and paint dobbers on white paper. The results were wonderfully expressive, lively and colourful. We were surprised how long they spent swirling, scribbling, writing and drawing.  Some of our younger children spent a long time making dots and curves, while one or two of our three year olds made a mixture of straight lines and curves which begin to mimic first letters.

By coincidence this week we were asking parents and carers for feedback on our sessions. The power of modelling was clear to see, as the little people were very happy to be copying their important adults, who were also busy writing away on the feedback forms.

As usual our songs included actions with a mixture of gross and fine motor skills (large and small movements). These are really helpful for developing muscles in the shoulders, arms, wrists, hands and fingers which are needed for mark making and later writing. We sang Ready and up and down… while we were sitting around the paper, and used the chalks and inks to mimic the words as we did the actions: up and down, side to side, around and around, backwards and forwards.