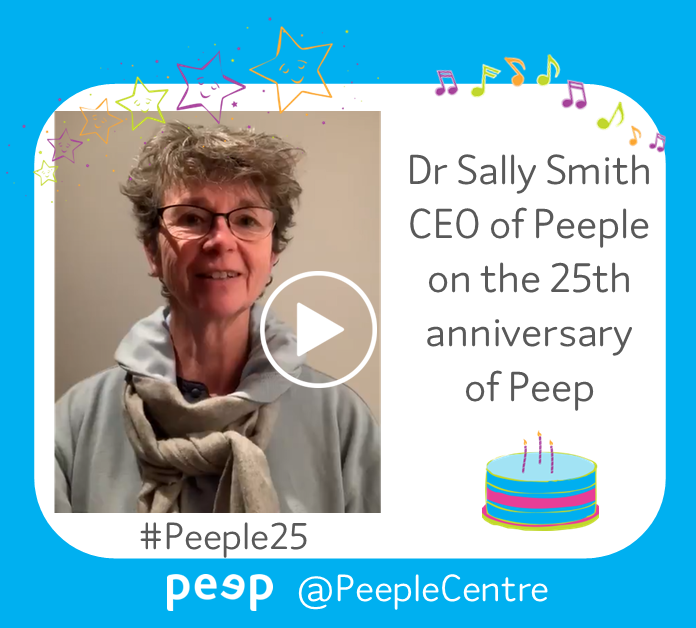 Peeple (or PEEP as it was known then) officially began in September 1995, with our first Peep group for families. September 2020 - 2021 is our 25th birthday year. We'll be sharing messages from a range of people who have been involved in Peep over that time - founders, families, staff and trustees past and present, practitioners, trainers, funders, supporters and friends. We'll also share them online, using the hashtag #peeple25.

Reflections from Mike O'Regan – founder and former trustee of Peeple – on why and how it all began in the mid-90s:

"The main catalyst for starting Peep was improving the educational outcomes of the students in the upper school where I was governor. Having spoken to school heads in upper, middle and lower schools I concluded (with the support of Bernard Clarke, the head teacher) that the solution was to support children under five and preferably from birth, but I had some doubts and needed professional input …

I managed to get a meeting with Tim Brighouse, then Oxfordshire’s chief education officer: he was hugely enthusiastic and supportive.  Teresa Smith from Oxford University helped in setting up some mini-research, with two of her colleagues interviewing 19 local mothers. The response was consistent: they all desperately wanted to help their young children have a good start at school but didn’t know what they should do to support that; nor were they confident in their own abilities.

The crucial person in shaping what Peep did (amongst many influential early supporters and advisors) - and how - was Rosie Roberts, so key as the first Director, with Alison Street in effective and musical support as her Deputy. And additional to their impact with Peep, they helped influence national policy, specifically the DfE (Department for Education)’s definition of ‘early years’ changing to start at age 0 instead of 3 as before, and the Treasury’s creation of Sure Start [later known as Children's Centres], which was heavily influenced by what they learned from Peep.

Less helpful at that time were the Charity Commission: when we applied to be a charity, they rejected our Object [aim] ‘to support the education and cognitive development of children from birth’. They said, ‘education of a 0-3-year-old is a contradiction in terms’. So we had to cheat, changing our Object to 3-5-year-olds but then ignoring that constraint as much as we could in what we did. (Later, the Charity Commission did allow us to change our Object to ‘from birth’.)

But having reminisced, back to the present: with a strong group of trustees, chaired by Mark Harris, and with CEO Sally Smith and her team, I’m confident that Peeple will continue to be a powerful force for good.  So I wish Peeple a very happy 25th Birthday and many more successful years ahead!" 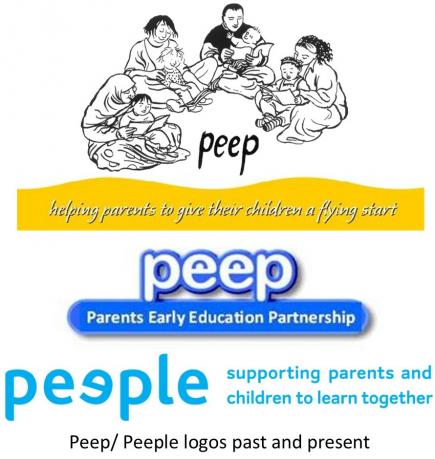